Travis Heads to VIR in the points lead for not only Stock 1000  but also the Superbike Cup! 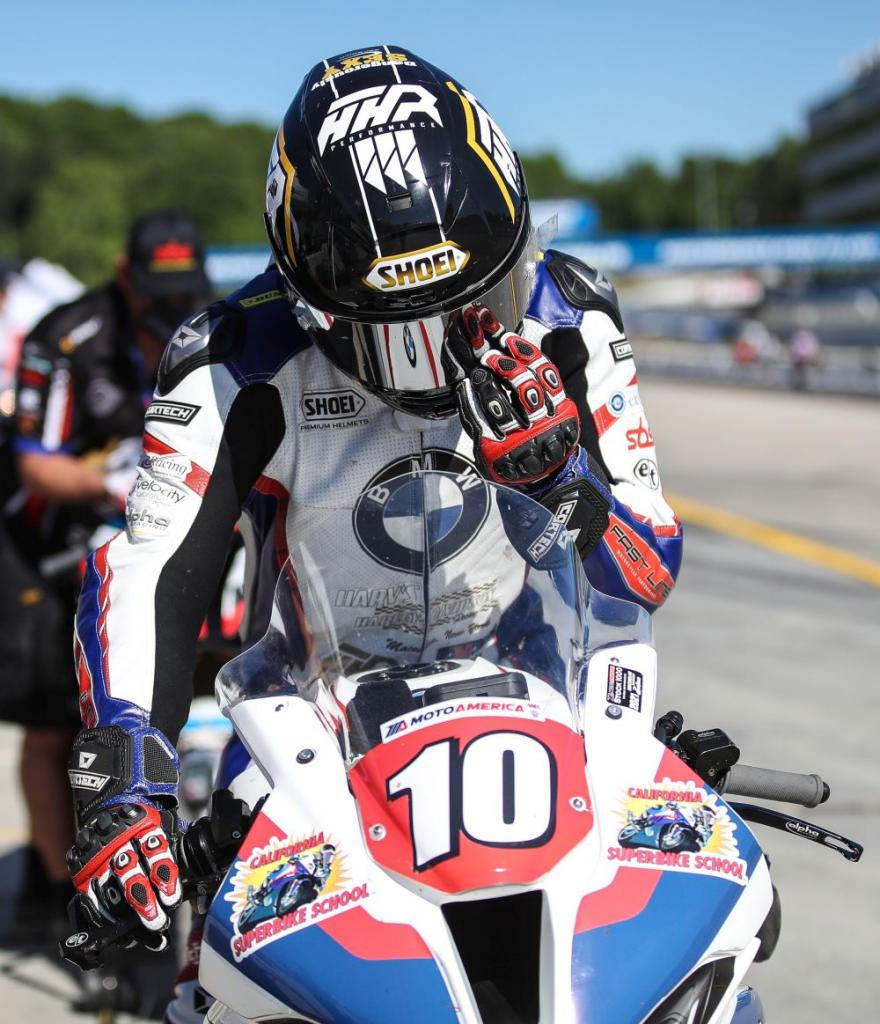 BRASELTON, Ga. — As Travis Wyman traveled to the Road Atlanta road course on Thursday for the MotoAmerica season opener, he was hoping his offseason testing program had done enough to help him get a good start to the 2021 MotoAmerica season. By the end of his fourth and final race of the April 30-May 2 event, the California Superbike School instructor had accomplished that goal and now sits atop the points standings in two MotoAmerica classes.

The Las Vegas rider kicked off his second season racing aboard a 2020 BMW S 1000 RR — with title sponsorship from Keith Code’s California Superbike School — with a victory and third place in the weekend’s two Stock 1000 races and was the top-finishing Superbike Cup rider in both MotoAmerica Superbike races. 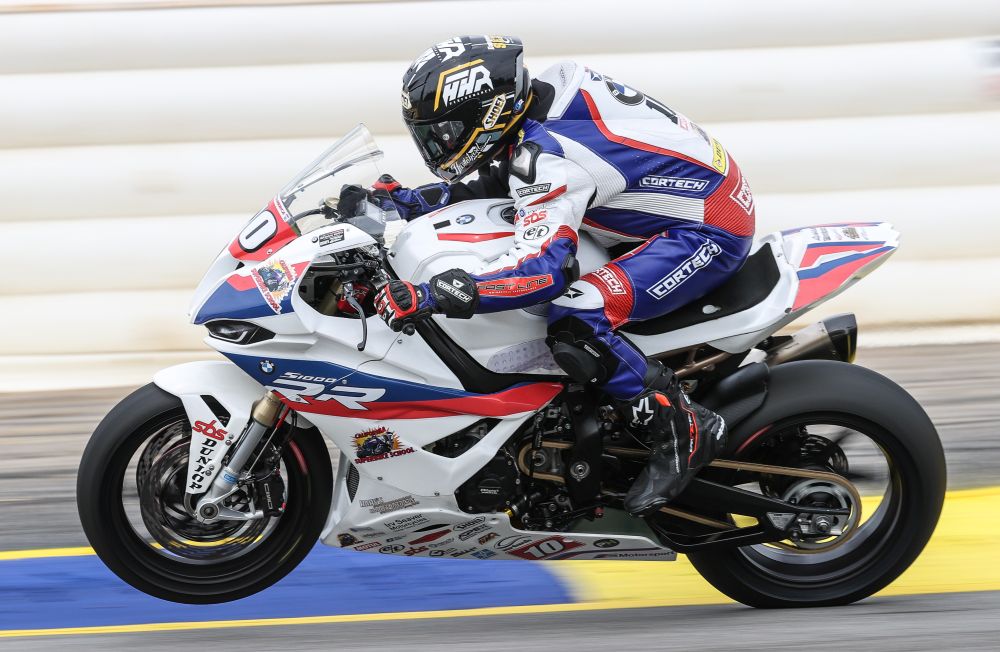 Wyman was fast from start of the weekend, posting the fastest lap time in Stock 1000 practice on Friday morning. After having trouble getting a clean flying lap in Friday afternoon’s qualifying session due to a crowded racetrack, Wyman finished Saturday qualifying in second. 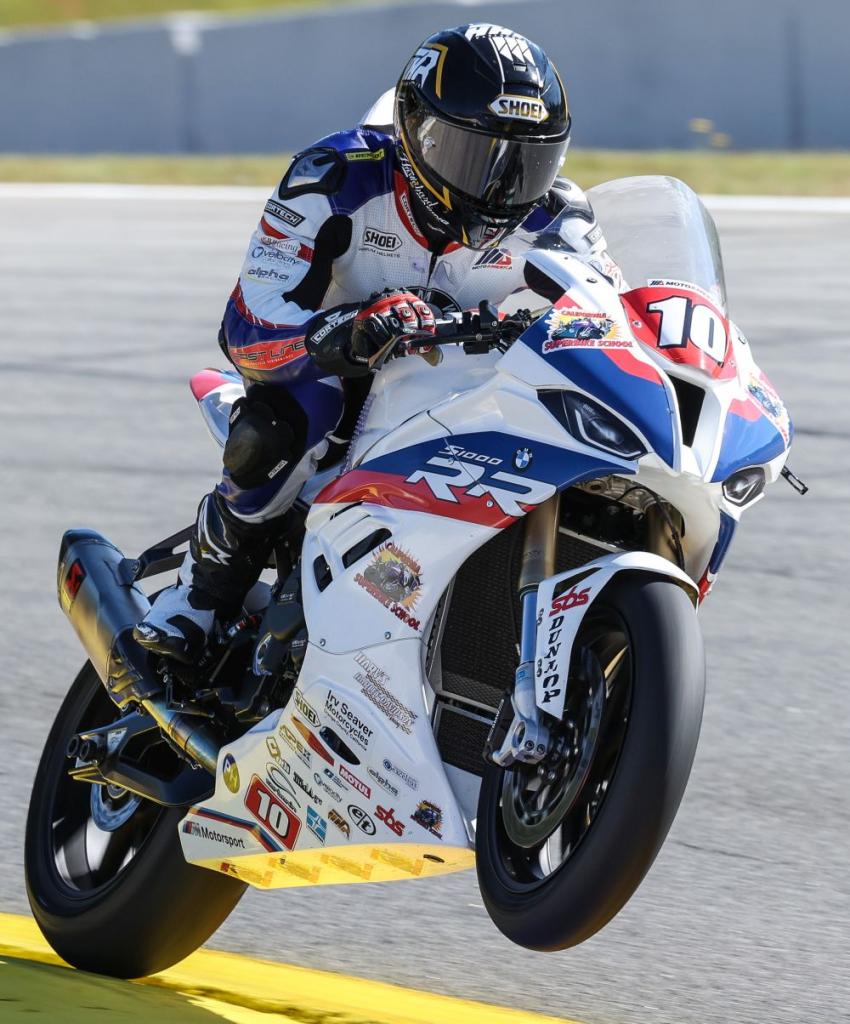 Saturday afternoon’s Stock 1000 race saw Wyman recover from a lackluster start to claim a podium finish. After falling back to fifth place at the end of Lap 1, Wyman battled with several other riders for the duration of the 13-lap race. The only lap Wyman crossed the start/finish line in third place was the last lap. Wyman also ended that race with an exclamation point, breaking the lap record for the MotoAmerica Stock 1000 Class at Road Atlanta with a time of 1:26.949 on the final lap.

Later Saturday, Wyman lined up for the first Superbike race of 2021. After starting the race 12th on the grid, Wyman fell as far back as 14th before charging forward to ninth place by the end of Lap 3. Attrition farther up the field moved Wyman up the running order. He finished the race in seventh and secured the best finish among the Superbike Cup riders.

For Sunday’s Stock 1000 race, Wyman got a better start and gradually reeled in the race leader. After making a draft pass for the lead on Lap 9, Wyman built a commanding lead, taking the victory by a margin of 2.876 seconds. Later Sunday afternoon, Wyman scored his second top-10 Superbike finish of the weekend. Starting from seventh place on the grid, Wyman held off a challenge from another Superbike Cup rider to score a eighth-place finish and a second-consecutive first place among the Superbike Cup field. Wyman also lowered his personal best lap time around Road Atlanta when he posted a 1:26.690. 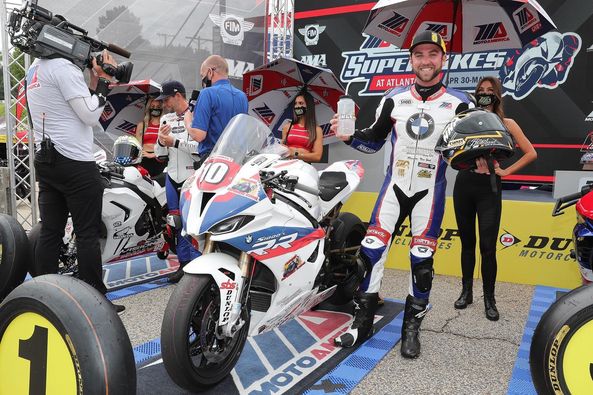 Travis Wyman / No. 10
“The weekend at Road Atlanta went about as good as it could have. If I’d gotten a better start in Saturday’s Stock 1000 race, I think I would’ve been in contention to win that race too. I’ve had success here before, but I put this year’s good results down to being prepared for the start of the season. Thanks to my Irv Seaver BMW-sponsored offseason testing program, I felt comfortable pushing my BMW from the start of the weekend and had great pace from the first practice session. I got a better start in Sunday’s Stock 1000 race, and my team had my BMW dialed in. It’s been an amazing weekend, but there’s still a lot of racing to go this year. I really enjoy racing at VIR, and I think we’ll be in the hunt for more victories there.” 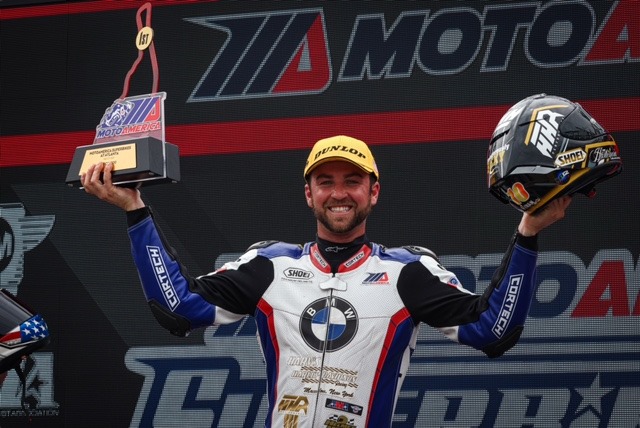