The Best Motorcycle Racetracks in America 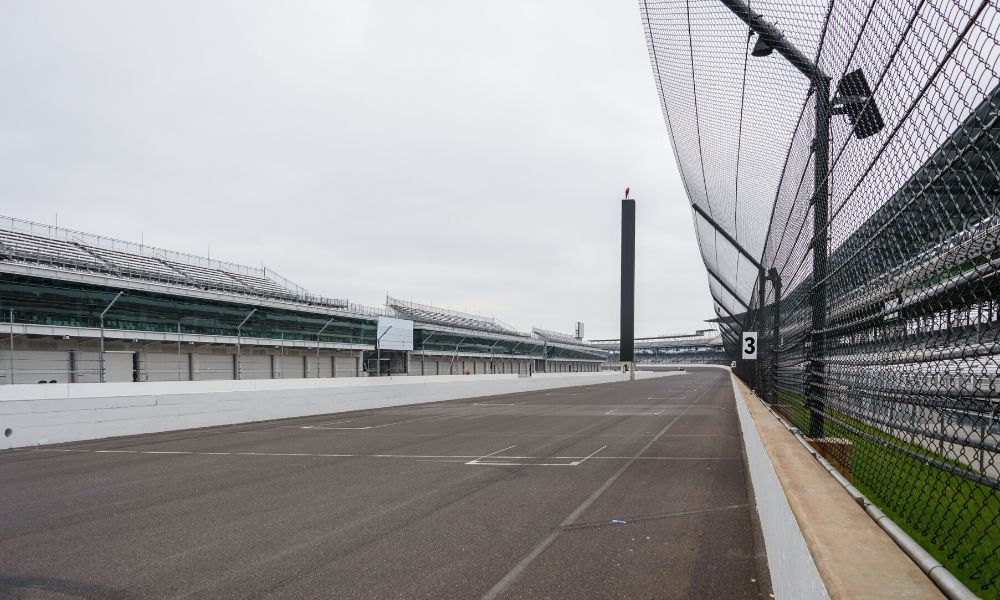 Road racing is a type of automotive racing on paved surfaces. Some people enjoy road racing on public or private roads, but this practice is illegal in most areas of the country. Fortunately, many professional racetracks around the country offer a great racing experience. Some of these racetracks have historic value, dating back to the 1950s, when automotive racing reached new popularity. Others were built more recently and offer modern designs. Regardless, you can find these best motorcycle racetracks in America all over the nation, from the East to the West Coasts and from north to south.

Located in Birmingham, Alabama, this 2.38-mile, 16-turn road course was named after Alabamian motorcycle collector, philanthropist, and AMA Motorcycle Hall of Famer George W. Barber. After opening in 2003, the park was home to the AMA Superbike Championship until 2014, and it’s the current home to the MotoAmerica Championship of Alabama. The park features off-road courses, vintage motocross, and an obstacle course. The vintage motocross consists of a 7/10-mile-long vintage course. The multidirectional off-road course features different layouts with varying terrain—including water, rock, and bridges—and moderate-to-extreme elevation conditions. Barber Motorsports Park also holds the Barber Vintage Motorsport Museum, which features more than 1,600 vintage and modern motorcycles. This has earned it the Guinness World Record for the largest motorcycle museum in the world.

This paved road racing track has a historic reputation. Built in 1957 near Monterey, California, around a dry lake bed, it’s 2.238 miles long with 11 turns and an 180-foot elevation change. It served as the U.S. motorcycle Grand Prix track for 13 years between 1988 and 2013, and it has been home to the FIM World Superbike Championship for 18 years. In the 1980s, an indoor track, additional gravel pits, additional runoff room, and outdoor track extensions were constructed to comply with FIM and AMA safety updates. The course holds one of the most challenging turns in the nation, known as the “Corkscrew.”

The Sonoma Raceway is a 2.52-mile road course with 12 turns located in Northern California. Built in 1968, the track was renowned for AMA races in the 1970s. It’s also the former site of the AMA Superbike Challenge. Rising insurance costs led to the decline of the sport, and car racing took over. The park still hosts the American Federation of Motorcyclists Racing AFM which is the Oldest CLub in the United states.

Built in 1959, Daytona is one of the most renowned speedways in the world. Although it’s known primarily for its car races, Daytona also hosts AMA Superbike, Motocross, Sportbike, and Supercross races. It used to house the AMA Daytona Sportbike and Daytona 200 races. The speedway features a 2.50-mile primary tri-oval track with four turns, a 2.95-mile motorcycle course with 12 turns, and a 1,320-foot motorcycle flat-track with four turns.

This 2.55-mile road course in Atlanta, Georgia, is known for its professional and amateur motorcycle races. The raceway featured the AMA Suzuki Superbike Championship for 20 years between 1980 and 2012.

Another world-renowned speedway, the Indianapolis Motor Speedway is the highest-capacity sports venue in the world. Constructed in 1909, it’s also one of the oldest. It used to hold the Indianapolis Motorcycle Grand Prix from 2008 to 2015, the first of which was held 99 years after the track’s first motorcycle race in 1909. Motorcycle racing is expected to return to the track by August 2020. The motorcycle track is 2.621 miles long with 16 turns.

The New Jersey Motorsports Park was built in 2008. It hosts events for Moto America Pro Road Racing and the American Historic Racing Motorcycle Association. The road course is 2.25 miles long with 14 turns. It has also been an AMA Superbike Championship course since 2009. Uniquely, the Thunderbolt and Lighting Racetracks were named after fighter planes used during World War II in the adjacent Millville Army Air Field.

Also known as Pitt Race, this road course is 2.78 miles long with 19 turns. Since 2017, it has hosted the Moto America Championship of Pittsburgh. It opened in 2002.

Circuit of the Americas

Despite its recent 2012 opening, Circuit of Americas is already renowned for its huge size and seating capacity. It hosts many car and motorcycle races. The track is 3.40 miles long with 20 turns and an elevation change of 133 feet. Unlike other national tracks, Circuit of the Americas features a 251-foot observation tower, a 14,000-capacity seated amphitheater for concerts and performances, and a 9,000--capacity seated Main Grandstand to view the race. It currently hosts the FIM MotoGP World Championship Grand Prix of the Americas.

Originally constructed for Utah Jazz owner Larry Miller, Utah Motorsports Campus opened for the public in 2006. In 2007, the park introduced the FIM Superbike World Championships, which were held there until 2012. It also hosted the AMA Superbike Championship for several years between 2006 and 2013 and has since hosted the Sportbike shoot out and Moto America, The local club for road racing is Utah Sportbike Association which is were Hustlehardracing grew its routes. The World Superbike is raced on the 3.048-mile, 14-turn Outer course, whereas the AMA Superbike is raced on the 4.48-mile, 23-turn Full course.

Virginia International Raceway has an interesting history. Located in Aton, Virginia, near the North Carolina border, it opened in 1957, closed in 1974, and finally reopened in 2000. Once the track reopened, the AMA Superbike Championship held races there from 2001 to 2010. The 3.27-mile track has 17 turns. Since 2015, it has hosted the Moto America Yamaha Superbike Challenge of Virginia.

Road America is another historic racetrack. Built in 1955 near Elkhart Lake, Wisconsin, the road course is 4.048 miles with 14 turns. The racetrack has a historic reputation for its amateur racing. Following World War II and the popularity of road racing in post-war America, road racing became increasingly common. After a spectator was struck and killed, Road America was built to organize these open road car and motorcycle races. Different cour ses ranging from 3.30 to 6.50 miles were used. In 2006, the original course was registered in the National Register of Historic Places. Today, the course is used for MotoAmerica races.

At HHR Performance, we have the best R&G motorcycle parts—this renowned brand is an official sponsor of Moto America. Whether you’re looking for bodywork, wheels, heat shield products, or a huge selection of racing parts, we’ve got you covered. Check out our R&G racing gear for your next big race.