A Brief History of the Daytona International Speedway 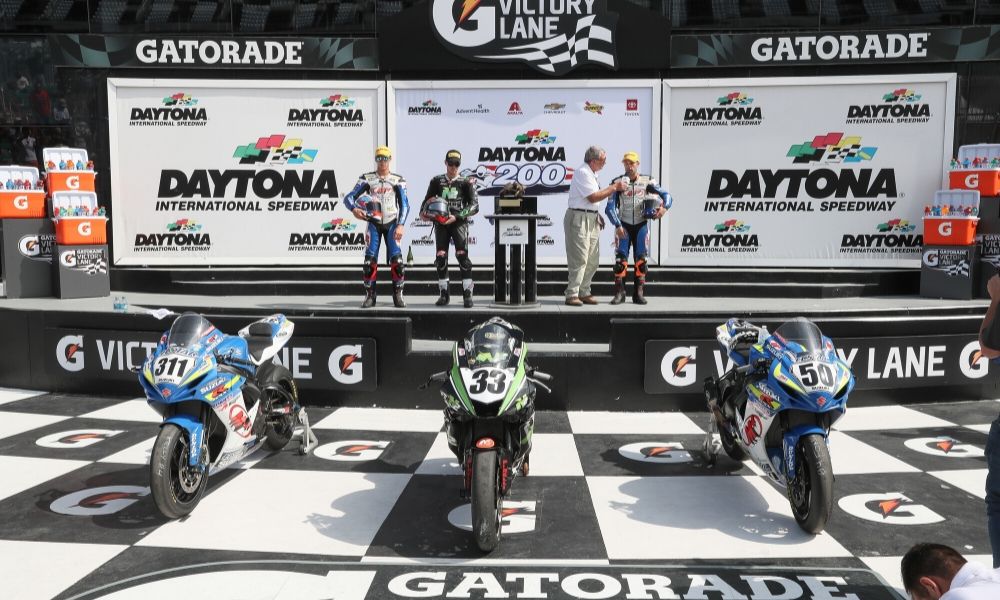 Some of the world’s most notable racetracks are found here in the United States. Certain racetracks come to mind, like Talladega, Indianapolis, or Barber Motorsports Park, but one continues to impress visitors from every part of the globe: Daytona International Speedway. Known for its auto and motorcycle races, read the brief history of the Daytona International Speedway from its primitive beginnings to its current innovations in sportbike racing.

Daytona International Speedway’s history began in 1902 with the Daytona Beach Road Course. Set at the A1A highway on South Atlantic Avenue, it was a racetrack for locals and enthusiasts. Then in 1936, a local racer organized a 3.2-kilometer course that hosted two primitive races along the sand. Some notable early stock car racers held races along the course, like Lloyd Seay and Roy Hall. This course also became known for the Daytona 200 motorcycle race where competitors raced on Class C motorcycles used for the AMA Grand National Championship. After the Japanese bombed Pearl Harbor, racing stopped and wouldn’t continue until after the war. The 1950s saw numerous races along the beachfront. Around this time, officials created a professional stock car league—NASCAR—to please the increasing number of spectators at the races. By the mid-1950s, the Daytona Beach officials sought to construct a new superspeedway. The beach course hosted its last event in 1958 as the new course was constructed.

This new racecourse became known as the Daytona International Speedway. The engineers designed it to have the highest banking possible to allow cars to reach top speeds and allow fans to better view the races. For a short while, it was the fastest racetrack for stock car racing until the Talladega Superspeedway opened in 1969. The initial races pleased fans, as they featured photo finishes and record mile times. Tragically, racer George Amrick became the first fatality on the track after a racing accident caused him to crash. Since then, the racetrack hosted both auto racing and motorcycle racing on its road courses. The AMA Sportbike and Daytona 200 were important races in their own respects. From the 1960s, the AMA officials moved the Daytona 200 onto the speedway, where the paved surfaces allowed for better traction and faster speeds than the beach. The Daytona 200 races in the early 1970s drew the largest crowds of any AMA race. This led to it gaining international recognition, and in 1985 superbikes were used for the first time. The 1990s were given to “Mr. Daytona” Scott Russell, who won the 1992, 1994, 1995, 1997, and 1998 races.

The speedway underwent major renovations in the summer of 2004, including new garages, a Turn 1 tunnel, a four-story Daytona 500 Club, new Gatorade Victory Lane, and UNOH Fanzone. The end of the decade saw the switch from superbikes to Formula Xtremes and Daytona sportbike classes. In 2010, the track underwent its second repaving in its history. Five years later in 2015, the American Sportbike Racing Association became the new sanctioning body over the sportbike races at Daytona and is Run on an ASRA CCS weekend

If you’re going to race the Daytona 200, be sure to prep your bike with an aftermarket motorcycle frame from HHRPerformance.com. We offer the best racing motorcycle accessories for the track, with all the quick release and fast change parts.