Yamaha's R3 was released in 2015 and it Fast became the small class bike to have. From New riders to new racers this was the answer to the entry level racing we had been waiting for!

Carbonin Decided that they would not only make bodywork for the R3, but they would change the seat height to give the racer a more race orientated riding position. This has resulted in a big success as most companies take the oem bodywork and make a copy so the r3 has fell short with multiple kits out there made by other companies that either use the oem seat or that have the same seat height as stock.

When you purchase Carbonin you do not need to worry about spending hours in the garage or workshop installing it, the kit comes predrilled with the Dzus fasteners already riveted in the correct place. You will also notice that this is hand made by a craftsman, looking at the bodywork from the inside you can see how it has been constructed with perfectly laid cloth (Avio Fiber Cloth is an aviation grade cloth with more strands per weave) fiber glass, However this is then reinforced with plenty of Carbon fiber, Not only in the mounting points but around the whole exterior panel.. This has been from many years working with the FIM world endurance championship as Carbonin wanted a product that was built to finish a race even after a crash during the race. Epoxy resin is used because this helps the fairing from being brittle and prone to breaking, it also is a massive weight saving over traditional fiber glass resin.

A final touch to the Purchase of your Bodywork is that Carbonin offer professional seat options so no more cheap stick on pads that often come loose.

Their basic seat is a 10mm thick neoprene foam which is glued to an avio fiber base which is made in the exact shape of the seat pan so it can be fixed with a firm mounting with the built-in bolts providing a stable platform for the rider.

Their second option is the same seat but covered in a durable material which also is embroidered with their Carbonin Logo. This offers the rider a level of grip needed from the seat when hanging off the motorcycle however it is still easy for the rider to slide from side to side on the seat. It also protects the foam from wearing out and ripping from any sharp patch stitching on the rider’s leathers.

Finally, their Pro seat is all of the above however the seat can be made to the requirements of the rider offering thicker seat heights, bump stop back supports and or stepped seats like you will see in Moto GP and World superbikes. This can then be embroidered with a team or rider logo which individualizes the bike.

Also Check out Ari's on  On Board Lap of Thunder Hill 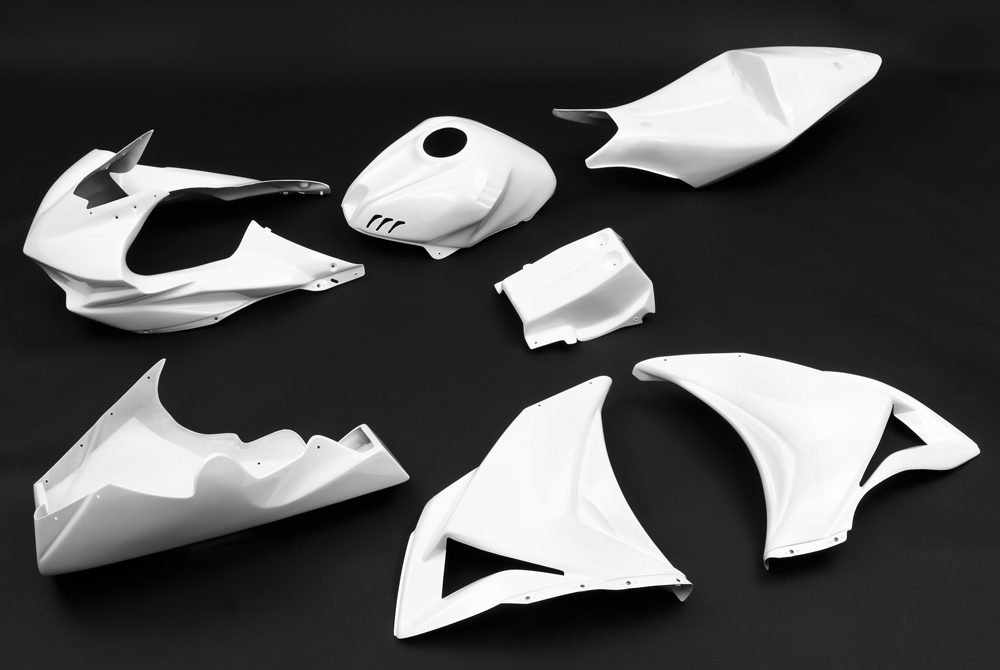 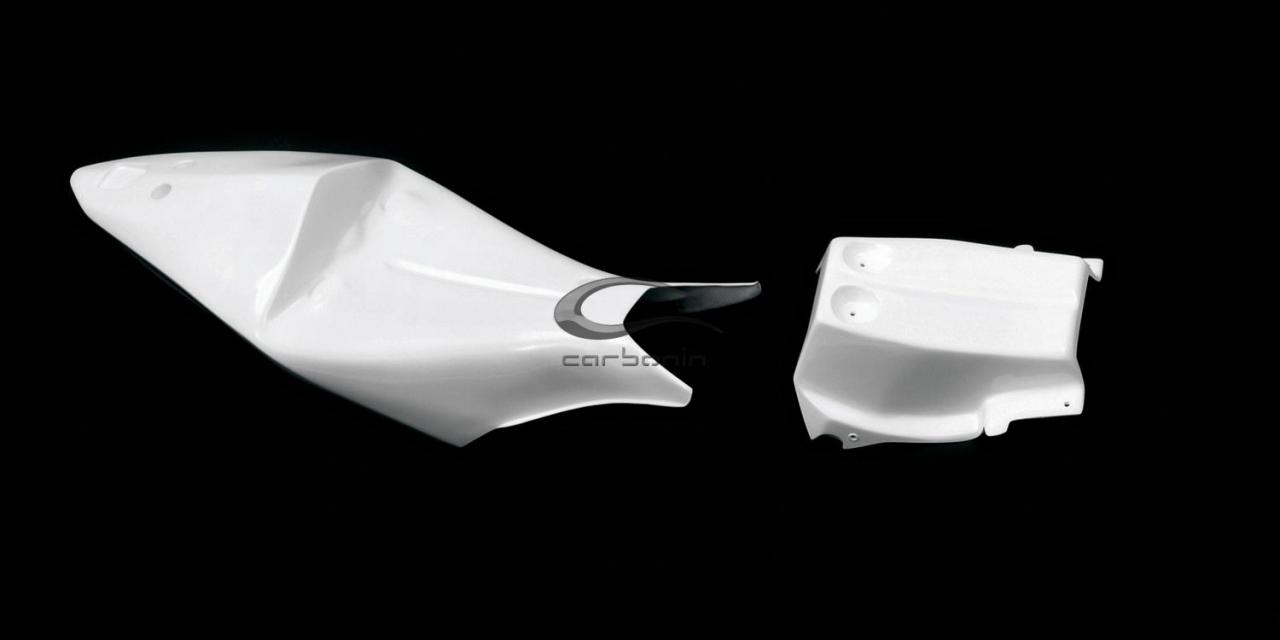 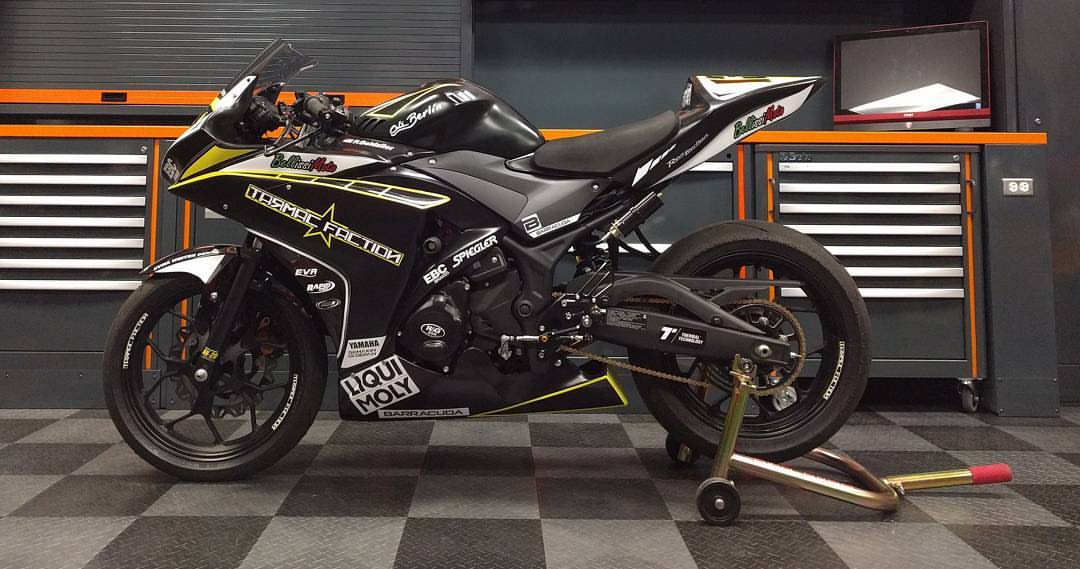 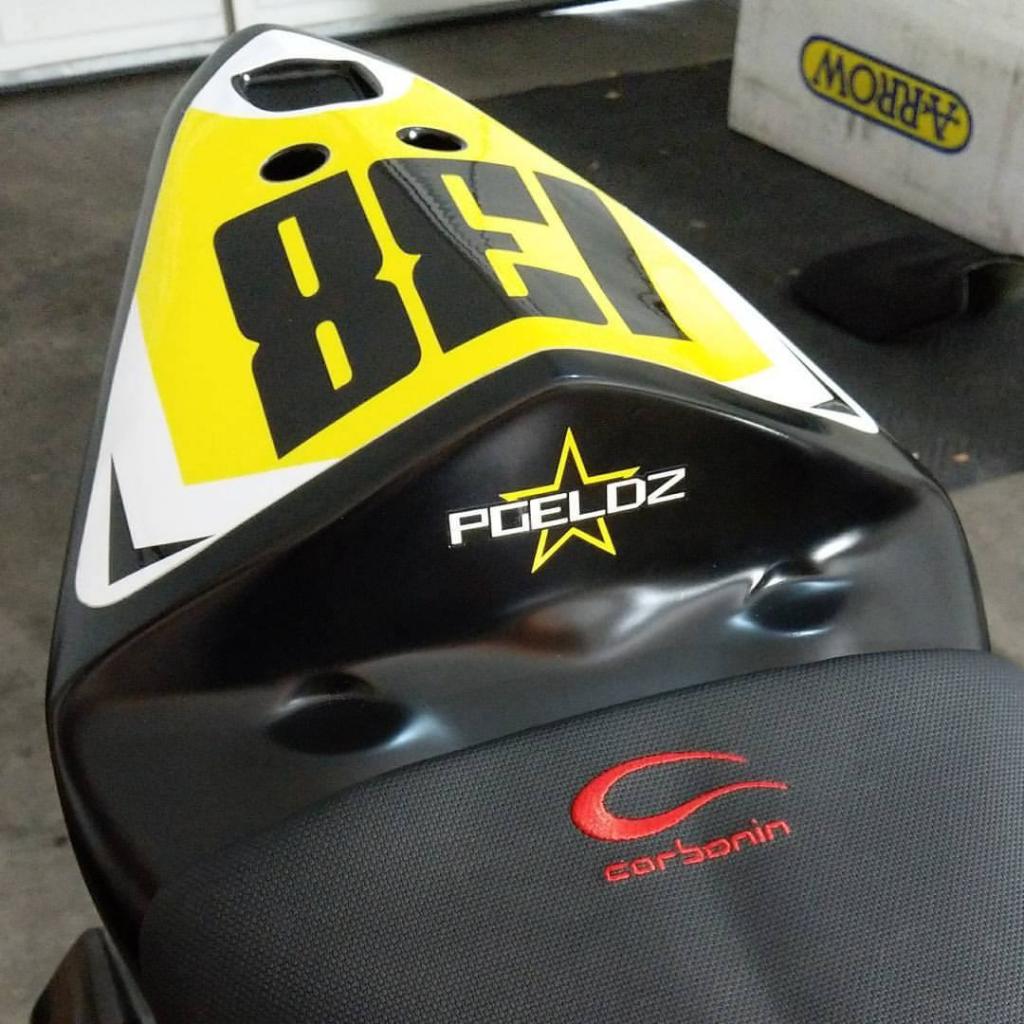 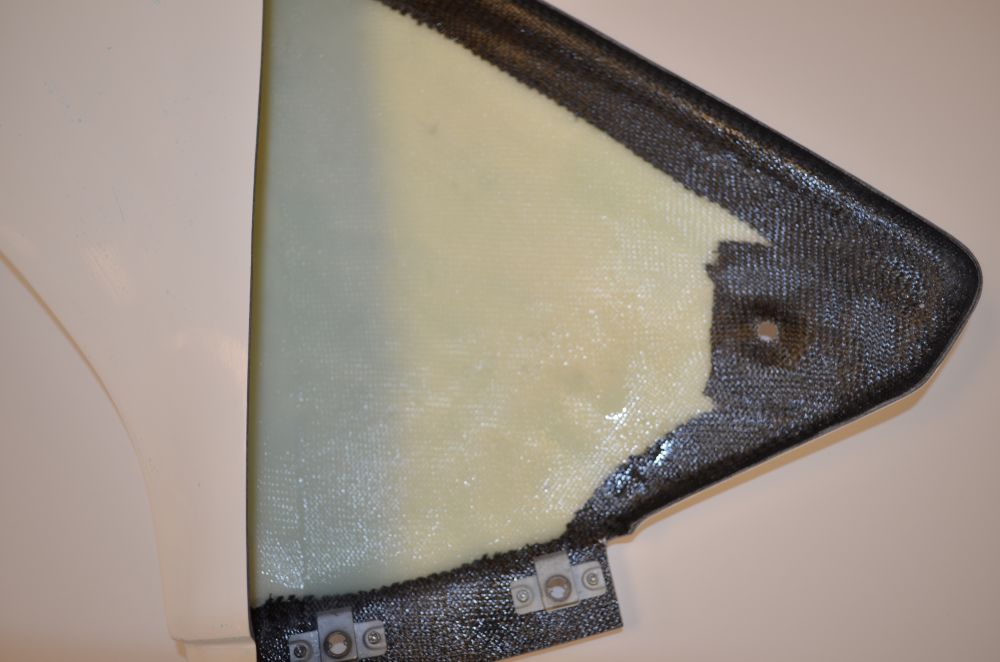